Click here to edit the Social Media Links settings. This text will not be visible on the front end.

Summertime – Must Be Time to Go “Phishing” 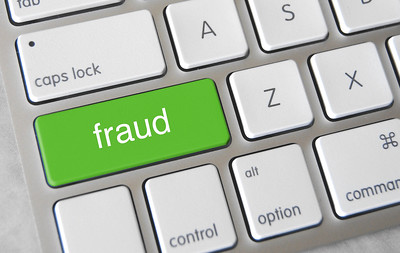 Over the past week I’ve suddenly received several phone and email “phishing” solicitations. I’d like to blame it on a full moon, but that was nearly three weeks ago.

I’ve been contacted twice and advised my Amazon account had been locked due to suspicious activity. Two different people have called to tell me a credit card was being used in another state, that the police had been contacted, and they would need additional personal information to verify they were really talking to the cardholder so that they could assist me. I reached out to both credit card companies – no suspicious activity or security breach reported on my accounts. I also had a call trying to sell me new windows for my home. Told that caller my home has no windows. (You have to have some fun with these calls.) The best calls have been the three from people representing “investors” who are ready to purchase my house immediately – for cash. I had to play along with these calls too. Turns out the caller didn’t know anything about my home including where it was located, when it was built, the number of bedrooms, baths or square footage. After no doubt frustrating the caller for a few minutes, I let them know I was a Realtor® and that when it came to sell my home I had that covered.

Maybe with everything going on in the world scammers think this is an easy time to take advantage of people who might be feeling stressed or vulnerable. In my business escrow and title companies, banks and lenders continually deal with wire fraud. Bad people have figured out how to hack into emails, secure bank and corporate websites and anywhere else they think there might be a quick and dirty way to make money and defraud innocent people.

Be very careful. Be suspicious of phone calls and emails you don’t recognize or can’t verify. Caution and educate your children, parents and friends. If you question something, whether it’s from a friend, relative, business associate, bank real estate broker, escrow or title, and especially if you’re involved in a real estate transaction . . . verify the sender. It only takes a few minutes to protect yourself. It also only takes a few minutes for a wire transfer sent to a criminal recipient to empty a bank account, and those funds can be impossible to retrieve.

Related Articles
buying a home Housing and the Economy – What to Expect in 2022 In the last housing and economic forecast for 2021, Matthew Gardner, Windermere’s Chief Economist, looks ahead and shares his economic and housing forecast for 2022.
Bellevue Bellevue Outdoor Movies In the Park It’s summer and movies in the park are back! Gather family, neighbors and friends, pack a blanket, lawn chairs and snacks and head to the Downtown Park and Crossroads Park for Tuesday and Thursday night movies. A 40 foot movie screen will show movies in both locations. Seating starts at 7:30 PM and movies begin […]
Bellevue Another Great Reason to Call Bellevue Home The City of Bellevue was one of 10 cities nationwide honored with this year’s All-American City Award. This year’s theme focused on building equitable and resilient communities. The award celebration was held virtually in June. “We are honored to receive this award on behalf of a city that addresses community needs together with resilience and […]

Thank you for your inquiry.